If you are looking for a valuable addition to your corporate media relations support team at a major event or a keynote speaker who entertains while educating and motivating with a lifetime of stories about his experiences in sports, leadership, and team building, please contact Ted via email: tsobel@sportsusamedia.com or on twitter: @tedsobelsports.

Listed as one of seven distinguished Los Angeles City College Communications Department alumni, Ted Sobel has had an exemplary career in sports broadcasting including an extraordinary list of notables interviewed while being one of very few U.S. radio reporters to regularly cover World Class events (e.g. The Masters, Wimbledon, Open Championship) for a local station during his almost 23 years at L.A’s iconic KFWB where he earned three ‘Golden Mike’ awards (for Best Sports Reporting/Sports news segments) as an integral member of the station’s unprecedented 10 straight SCSBA top L.A. sports anchor award winning teams. He also worked for almost three decades (not consecutively) with KNX NewsRadio Los Angeles as a sports reporter/anchor. Ted will soon begin his 16th year as studio host/reporter for Sports USA Radio Network’s NFL/NCAA football games of the week and a regular American contributor for Japan’s NHK-TV doing seasonal analysis (in english) for their coverage of Super Bowls, World Series, and NBA Finals. 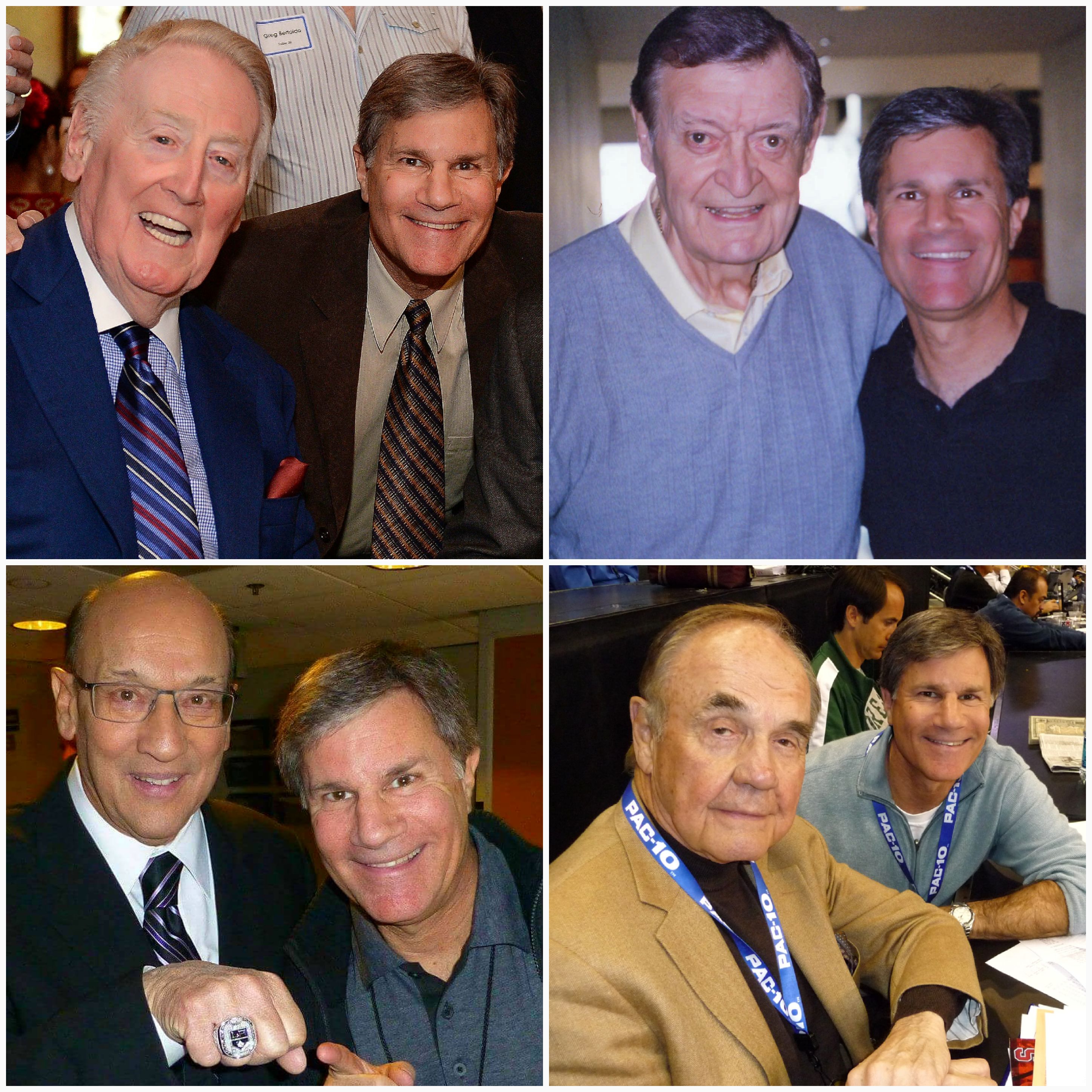 Major sporting event assignments as a credentialed member of the media:

Ted’s other professional achievements away from the microphone include representing all sportscasters when voted in for two terms on the local board of directors of AFTRA.  In the 1980’s being solely responsible for convincing a large percentage of U.S. television stations (phone contact with over 900 stations) to begin using satellite to receive their daily programs when working for the industry’s pioneer company Wold Communications in Westwood, CA. Later was responsible for many nationally syndicated televised shows daily distribution via satellite and tape (including Wheel of Fortune and Jeopardy) when in management at the Video Tape Company in North Hollywood, CA. He also worked directly under the President of Southern California Nextel Communications (during their start-up year) to convince many large companies (including important public safety businesses) on how the use of their new walkie-talkie type phones would benefit their businesses.

Sobel is also a proud nephew of Academy Award winning screenwriter/film producer Carl Foreman (Bridge on the River Kwai screenplay) who was nominated for six other Oscars (incl. High Noon, The Guns of Navarone, and Champion) during his illustrious career which included being honored with the 1969 Laurel Award, the highest award for writing accomplishment given by the Writers Guild of America, and that organization’s Valentine Davies Award for his humanitarian contribution. Foreman was also president of Great Britain’s Writers Guild, was a founding governor of the British National Film Institute, a governor of the British National Film School, a fellow of the Royal Society of Arts, and appointed a Commander of the British Empire by Her Majesty, Queen Elizabeth II.

Ted who is currently writing a book on his career/life experiences has interviewed and/or met most of the biggest names of the past several decades in sports while reporting on some of the more memorable events over the last 40 plus years (the longest current run by any L.A. radio sports reporter). One major highlight was completing the ‘Sobel-Slam’ by covering the Super Bowl, World Series, NBA/NHL Finals, and MLS Cup Finals in the same year (2011).  The following are only some of THE most memorable:

Written in March 30, 2016’s The Fischler Report (Hockey’s Weekly Think Tank): Our Joel Bergman reports from Los Angeles: “With all-sports The Beast 980 (KFWB) going to an all-ethnic format on March 1, long-time Los Angeles area radio personality Ted Sobel ended his 23-year gig on KFWB. Sobel, widely regarded as the ‘gold standard’ for interviewers in the LA market — even getting meaningful responses from Kings coach Darryl Sutter –was the radio voice of the IHL Long Beach Ice Dogs from 1995 until their demise in 2000. As the play-by-play announcer for the University of Wisconsin, Sobel called two games against Team USA in 1980 during their run-up to the Miracle on Ice.”

Sobel’s first attended NHL game was watching HOF goalie Terry Sawchuk’s final game as a member of the L.A. Kings in game 7 of the 1968 Stanley Cup first round playoff series and was alongside the bench in the 3rd period. Mentors were Kings HOF broadcaster Bob Miller (each receiving their first LAK credential in the same 1973-74 season) and HOF Coaches ‘Badger Bob’ Johnson and John Cunniff, and John Van Boxmeer.

As a Speaker, he has been in front of the Southern California Orange County business council, college students, charity and awards banquets (including co-hosting with Bill Walton the 40th anniversary of the Lakers first championship in L.A.), and Dodgers/KFWB sponsors meeting. Amongst his extensive voice over work, was as the arena hockey P.A. Voice for the 1986 movie ‘Touch and Go’ for Tri-Star Pictures starring Michael Keaton.

* A fee consideration will be given to educational and charitable organizations.