Do the Lakers need Dr. Phil over Coach Phil for their ‘trust issues’? 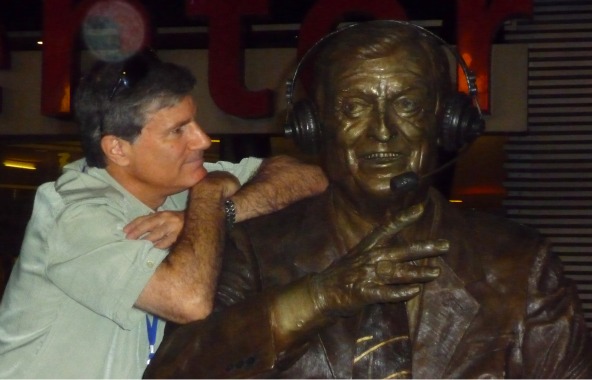 What would Chickie Baby say now? "The series is almost in the Fridge?"

The whole basketball world expected to see the favored Lakers rebound in game 2 against Dallas…but nooooooooo as it was all Mavericks 93-81 before heading back to Texas with a surprisingly commanding 2-0 series advantage. Or should it be so surprising the way the up-and-down Lakers have played all season long? Sometimes they look like solid favorites to get their 3-peat and at other times they look like a team just going through the motions…well tonight they were simply out-played in most phases of the game while showing signs of resembling an over-the-hill gang? The Lakers only scored 13 points in the 3rd quarter alone and just 32 total in the 2nd half. And not many other stats really stood-out in this one except for the Mavericks’ bench dominating L.A.’s 30-12, the Lakers making just 2 of 20 3-point attempts (although several were in garbage time) and the Lakes were just 11 of 20 from the free throw line. Overall Dallas played very well and looked like the hungrier team again, while the Lakers truly are in must-win mode for the rest of the series (however long that lasts now?). 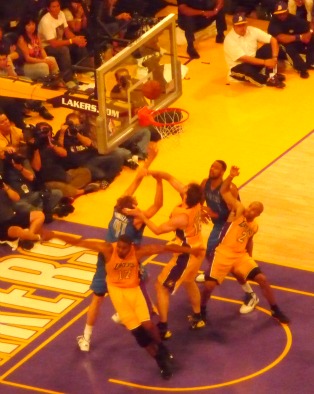 Dirk and the Mavs scored big in L.A.

I talked with all the principles in the Lakers’ locker room after this one, but none sounded more animated than big Andrew Bynum who kept using the term ‘trust issues’ when describing what needed to change and in a hurry if his Lakers were to have a chance at making history and winning this series from the dumpster? And you’ll quickly be able to tell what the reporter’s storyline in this one was, as we tried to get to the bottom of what that trust or lack of means to the Lakers moving forward?…

I just happened to be walking alongside Kobe as he headed into his postgame newsconference room tapped him on the arm—and he gave me that bewildered look as if to say…I don’t know what to tell you but we’re really in deep now!… 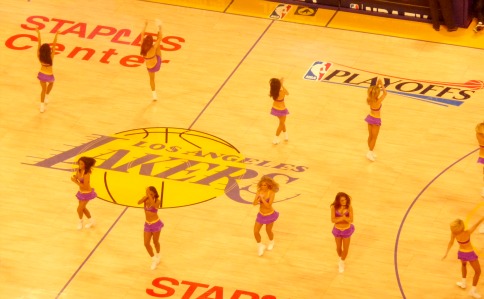 Was this the last dance for the Laker Girls?

By the way, nobody brought up the fact that unless the Lakers get at least one game in Dallas, this could’ve been Phil Jackson’s final home game coaching the Lakers? But it’s just not the right time or place to get a legitimate answer from anybody anyway…so I thought I’d plant the seed for you all to comtemplate before games 3 and 4 in Texas.