A special salute to a pair of legends 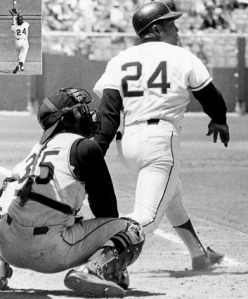 Friday started out by many celebrating one of the all-time sports greats’ birthday-as it was a very happy #80 to Willie Mays with a huge party/ballgame for him at AT&T Park in San Francisco (my favorite stadium on the planet). But it ended with the sad news that one of golf’s best ever, Seve Ballesteros lost his 3-year battle after multiple brain tumor surgeries at the too young age of 54 in his native Spain. These are 2 of a very few sports legends that somehow I have never had the pleasure of interviewing and hopefully one day I’ll get to speak with Willie.

They all say Happy Birthday to 'The Say Hey Kid'

The ‘Say Hey Kid’ used to destroy my Dodgers when I was a kid and I can easily say that he is the greatest all-around baseball player I ever saw over a career (with Ken Griffey, Jr. right there for a shorter/too often injured span). I remember Mays hitting homers off of Sandy Koufax and Don Drysdale, covering center field like a gazelle and running the bases as if he owned them! Willie used to hit the ball so hard that even the rediculous winds at old Candlestick Park couldn’t keep him from homers that few others could ever imagine hitting. I hated the Giants while growing up but it was hard to hate Mays because of his greatness-happy birthday #24!

Ballesteros won five majors, (the British Open 3 times and The Masters twice) during his 30-year professional career and was such a class act in how he handled himself on and off the course along with a charisma that put him in a class by himself. 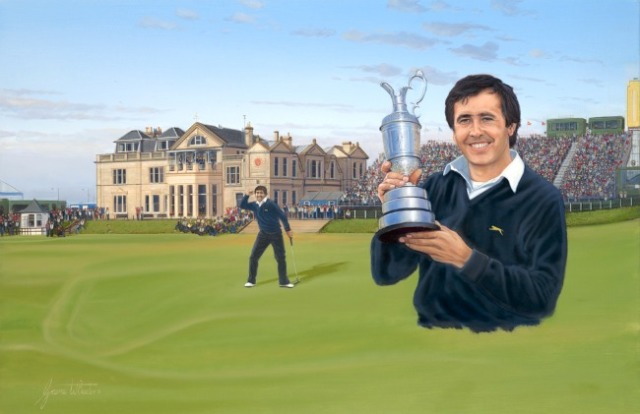 The former world No. 1 still holds the record for European Tour titles with 50. Ballesteros was also one of the best ever match play competitors and helped Europe capture the Ryder Cup four times as a player and captained the team to victory in 1997.

But Seve will always be remembered for his PASSION, PASSION, and more PASSION for the game and life in general. He was inducted into the World Golf Hall of Fame in 1999 and belongs in the people Hall of Fame as well…He will be greatly missed!

If you could put 2 names that were the epitome of what sports in the 20th century was all about into a locked box to be opened a thousand years from now, you couldn’t come up with a better pair than Mays and Ballesteros. And those of us who saw them at their best are just damned lucky!

(thanks to Ryan Leong/John Dickinson
for the Mays pic)