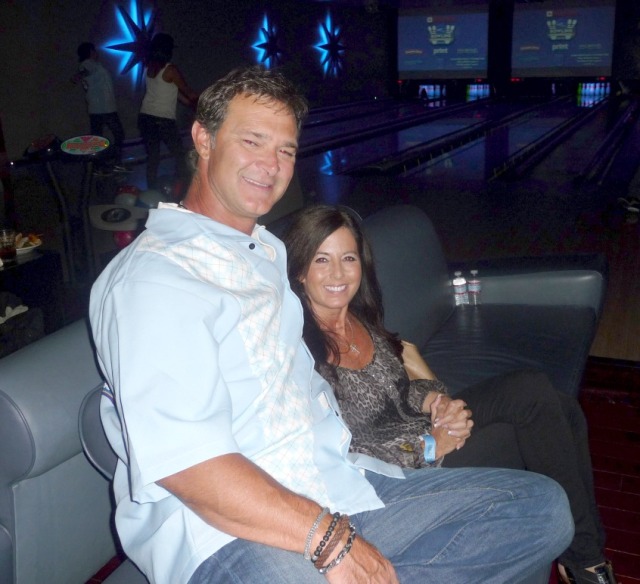 Mattingly and wife Lori enjoying a night out at the lanes

A fun time was had by all who attended Thursday night’s 7th annual Dodgers Dream Foundation charity bowling function at Lucky Strike lanes in L.A. Live. And it’s the 4th straight year that Dodger first baseman James Loney hosted the show that gives back the kids who need it the most.

It was good to see Don Mattingly kick back and enjoy the night on the lanes after such a tough loss the night before when his boys blew an early 6-0 lead before falling to the Phantastic Phillies 9-8. And as always Donny Baseball was gracious with his time to give me a few minutes for a sitdown chat about the dog days of his rookie managerial campaign and how he sees his ballclub still working hard for him…

hanging with Kershaw by the silent auction tables

I ran into several Dodger players there including Matt Kemp, Clayton Kershaw, Jamey Carroll and the fresh on the disabled list shortstop Dee Gordon who told me he was bowling left handed (with that injured right shoulder) and I was shocked when he mentioned that he’d just rolled a strike with the off-hand—which had surprised him even more! The best news though was the outcome of his MRI exam besides how many times he called me Sir during our short chat…