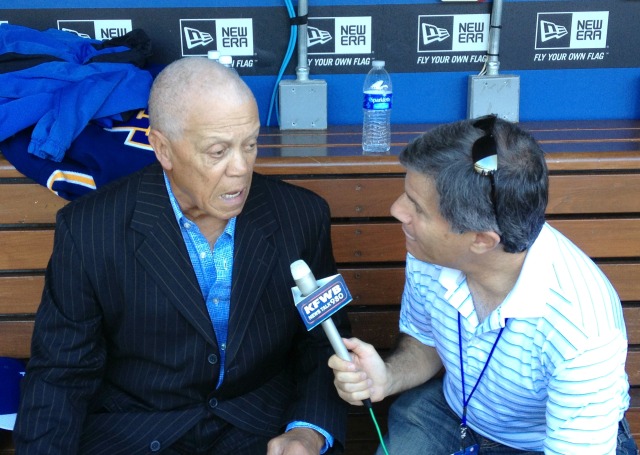 with Wills on the 1963 World Series sweep

The New York Yankees are in town to face the Dodgers for only the third time during a regular season schedule but that’s not what is memorable in these franchises’ great history. They’ve face each other 4 other much more important times since the Dodgers moved from Brooklyn and they both won 2 World Series including the first one that I ever attended…the 1963 sweep of the Bronx Bombers.

It was a ‘Bronx Zoo’ literally before tonight’s 2-game series opener. The Dodgers heads of security told me this was the most amount of guests allowed on the field before a game that they could remember maybe as many as 400 and that doesn’t include the extra media members who were on hand.

All of that was fine with me as it didn’t affect my job to get some of the top names from the past to give me their favorite Dodgers-Yankees memories.
And there certainly were plenty of them starting with the eldest Dodger in the house, now 86 years young Don Newcombe who told me a story about facing Joe DiMaggio that I had never heard…

Maury Wills who was a part of the Dodgers sweep of the mighty Yankees in 1963 and Maury recalled a special moment with Koufax vs. Mantle:

Ron Cey who was beaned by Goose Gossage in the 1981 Series recalls other special personal moments including his first time playing in the old Yankee Stadium:

Steve Garvey had several great memories of seeing the Yankees but his first was as a Dodgers batboy in Vero Beach: 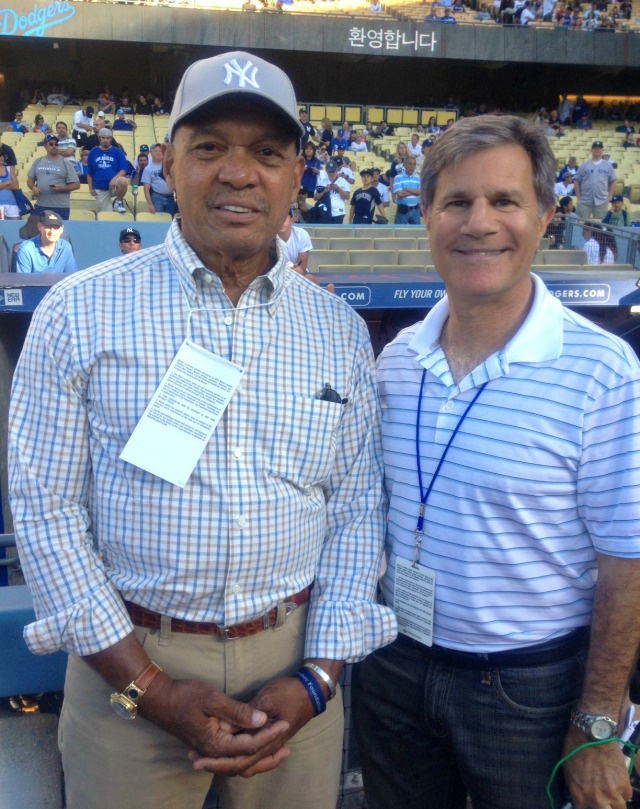 And last but not least, ‘Mr. October’ Reggie Jackson who earned that nickname hitting 3 homers in game 6 of the 1977 World Series to help his Yanks beat the Dodgers in that series. But I learned something new as Reggie told me he was close to becoming a Dodger before ever signing with the Yankees: