My hopefully masterful picks at ‘The Masters’

It’s the greatest week of the year in golf so why not make some picks that will either label me a genius or a fool in public (my annual tradition unlike any other) for the Masters? So here goes:
I’m expecting Northern Ireland’s Rory McIlroy to putt well enough to earn his first major and green jacket after missing the cut at Augusta last year. 3 time winner and defending champ Phil Mickelson (who re-discovered his greatness this past weekend in Houston) to finish a close 2nd followed by another world class player and non-major winner Lee Westwood. 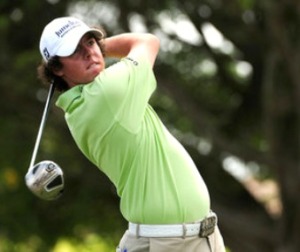 My darkhorses are Matt Kuchar who loves this place, Wisconsin’s Mr. Consistency fairways and greens guru Steve Stricker and Italy’s Francesco Molinari who’s a real major up and comer. Others to watch for are Southern Californian’s Anthony Kim and Ricky Fowler, the logical picks like world #1 Martin Kaymer, Nick Watney and Luke Donald (although I’m not feeling it for them this week) and my top rookie choice is Venezuelan Jhonattan Vegas baby who won the Bob Hope and is a real bulldog with nerves of steel. A few that I’m secretly rooting for (although it’s hardly a secret on this site) are guys I’ve loved dealing with and have the game to do it like reigning U.S. Open champ Graeme McDowell, Brit Paul Casey who’s always a straight shooter (and hopefully driver this week), Englishman Justin Rose who’s a class act, Bubba Watson who’s just a down to earth nice guy, Bill Haas who was so gracious with his time as the defending champ at the Hope this year (also comes from a great dad in Jay Haas and his uncle Bob Goalby won the ’68 Masters), and Ernie Els because he’s just a quality human being (who’s closet deserves a green jacket!). If I list anymore names you’ll just say that I mentioned everyone-and don’t tempt me! 🙂 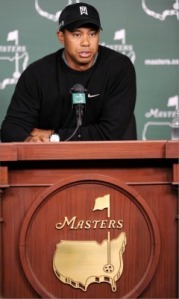 Oh but did I forget to mention that guy Tiger? My prediction is that he’ll surprise many and finish in the top 12 (assuming that Woods will keep it out of the woods?) but knowing Eldrick like I do, never fully count him out from winning anywhere-specially his favorite course on the planet! So enjoy ‘The Masters’ everyone whether or not Jim Nance lulls you to sleep sometime during the week?