Santa Anita is back in business in the fall and we’re all better off for it! 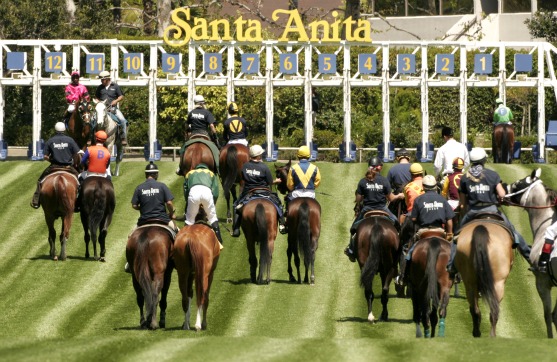 It’s been totally rediculous that one of the most beautiful racetracks in the world should be closed for more than half a year (specially in this economy!). So with the traditional Oak Tree meet now long gone in Arcadia, Santa Anita Park has finally announced a new 6-week Autumn meet starting in late September concluding on November 6.

Santa Anita’s Autumn Meet will also provide horsemen with a total of six graded Breeders’ Cup Challenge qualifying races (including the prestigious Lady’s Secret, the Goodwood, the Norfolk, the Oak Leaf, the Yellow Ribbon and the Ancient Title). A win in any of these races automatically qualifies the victor with the opportunity to enter in the Breeders’ Cup race for which he or she is pointing. 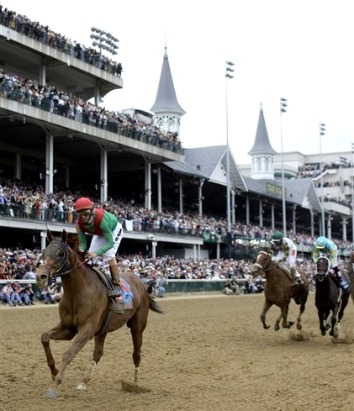 Animal Kingdom the runaway winner of the Kentucky Derby

Who else to chat with about this than Santa Anita spokesman and longtime friend Mike Willman? So I gave him a call and we discussed not only the new meet but last week’s Kentucky Derby and the chances of winner Animal Kingdom becoming our first triple crown champ in 33 years when Steve Cauthen rode Affirmed for trainer Laz Barrera into the history books. Think about how strange it is that Secretariat broke a 25 year triple crown drought in 1973 followed by back to backers in ’77 and ’78 with Seattle Slew and Affirmed reaching the winner’s circle and not another one since! It’s unfortunate that this year’s 3 year old crop had so many injuries to take away from what could’ve been a stronger 3-race field for history purposes…but folks, that’s horse racing!

Award winning sportscaster/journalist covering major events around the world since 1973. Please check out my new book 'Touching Greatness' and deep audio vault---and follow me on Twitter and Instagram (@tedsobelsports).
View all posts by Ted Sobel →
This entry was posted in Sports audio blog, Uncategorized. Bookmark the permalink.