The Heat’s streak melts in Chicago as the ’72 Lakers remain the best EVER! 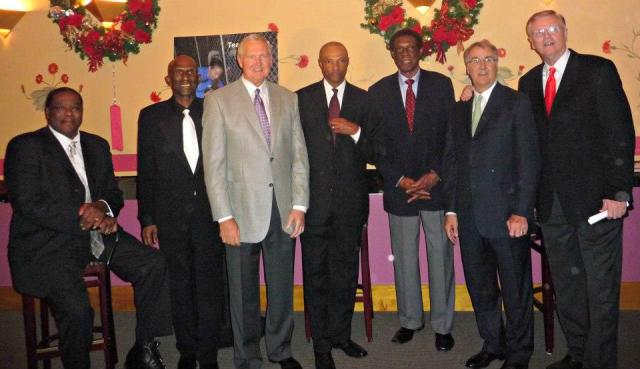 Records may exist to be broken but the 1971-72 Lakers 33 game winning streak will remain pro sports all-time best at least for now after Miami lost in Chicago last night. And you can thank the shorthanded Bulls for bullying the Heat into submission at the United Center ending the 2nd longest NBA victory streak at 27. 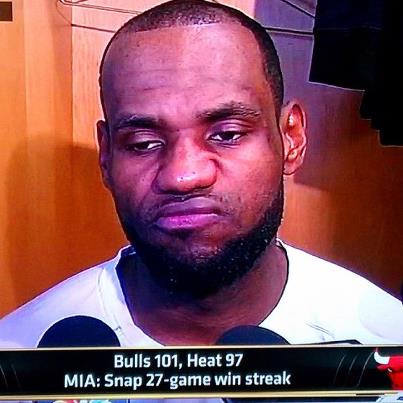 It was a physical matchup that saw Chicago’s tough defense prevail and frustrate Lebron James into a flagrant foul and a few frowns that had his declining amount of detractors smiling. During this streak, Lebron continued to show why he’s the most talented overall player the league has ever seen and his Miami squad deserves huge respect from a history standpoint.

But this is L.A. baby…and the Lakers remain as the NBA’s marquis franchise not just in the Hollywood spotlight. And since I’m the guy who’s covered this team on the radio longer than anyone, this post will be about that team 41 years later.

It was only this past December when I had the priviledge of co-hosting (with Bill Walton) the West Coast Sports Medicine’s charity event at the 5 star Valentino Restaurant in Santa Monica celebrating the 40th anniversary of the Lakers first championship in L.A. (which included that amazing winning streak). And since this site was down at the time, I’m posting a few pictures now along my sit down interviews with Jerry West, Gail Goodrich, Jim McMillian, Flynn Robinson and the great Elgin Baylor (who retired just days before the streak started but was still given a ring when it was all over.
To check out the very special “Team to Win” charity that I’ve been involved with for several years, please go to http://www.wcsportsmed.com/Team-to-Win.

Let’s begin with this afternoon’s (Thursday) phoner with Gail Goodrich who was kind enough to call me minutes after I had contacted him via email. As you’ll hear later, Gail had earlier told me that his guy’s streak would likely never be broken. But he recently changed his mind when the Heat got hotter than most along with a weak streak in the schedule:

Jim McMillian (sitting at the far left in the above picture) then contacted me a day later to discuss the end of the streak but we also got into several other topics including the Clippers…who he played for their original franchise the Buffalo Braves before they were sold and moved to become the San Diego Clippers:

Here’s my sitdown with Goodrich from last December at the Team To Win charity dinner:

Jerry West and I reminiscing about his only championship year and how it hurt to not having Elgin Baylor along for the ride:

My chat with Elgin Baylor who had a great time with some of his old teammates:

I will add more pictures and audio later with Jim McMillian and Flynn Robinson…as for now, enjoy some great history with me and thanks for stopping by.